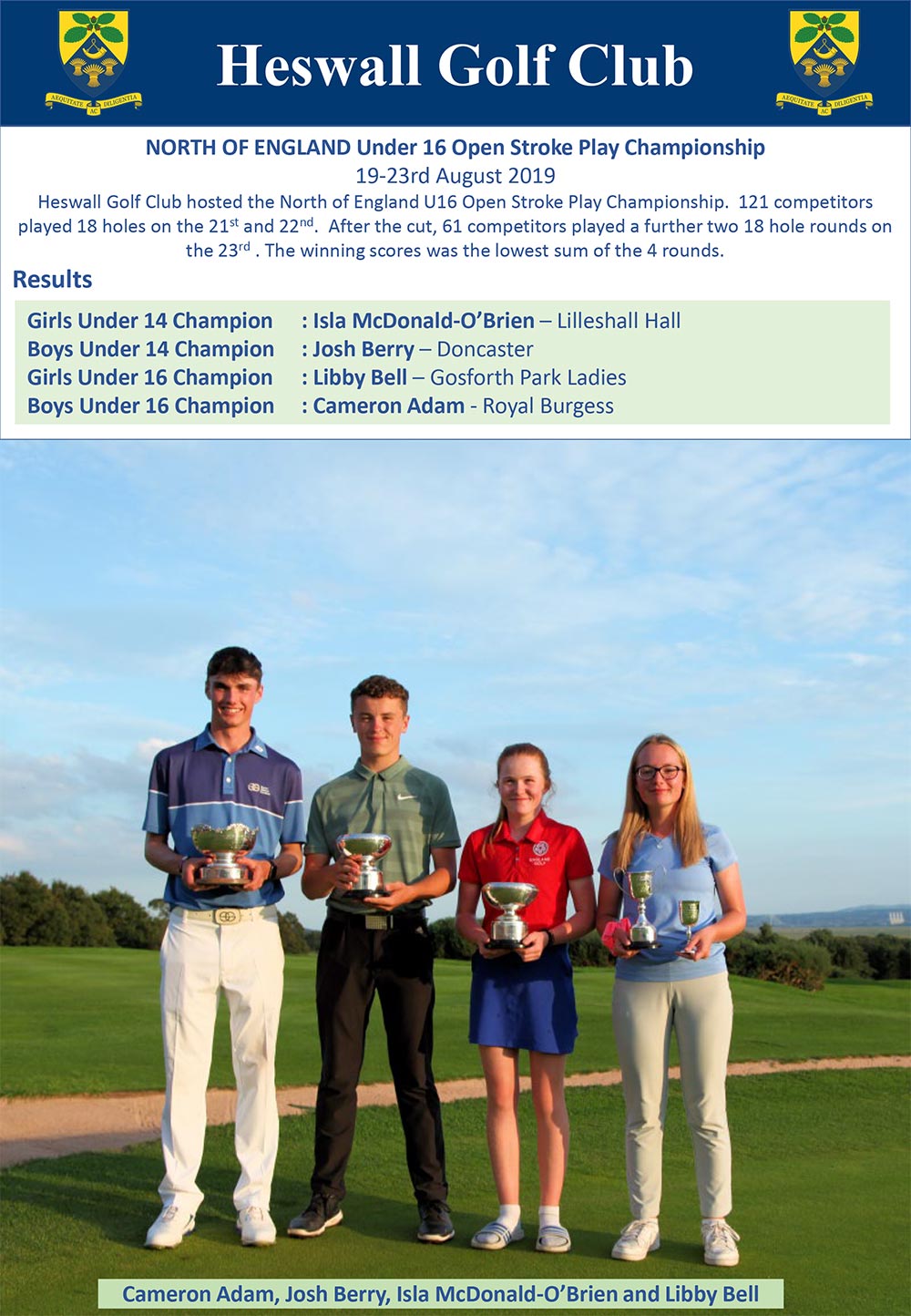 Heswall Golf Club hosted the North of England U16 Open Stroke Play Championship. 121 competitors played 18 holes on the 21st and 22nd. After the cut, 61 competitors played a further two 18 hole rounds on the 23rd . The winning scores was the lowest sum of the 4 rounds. 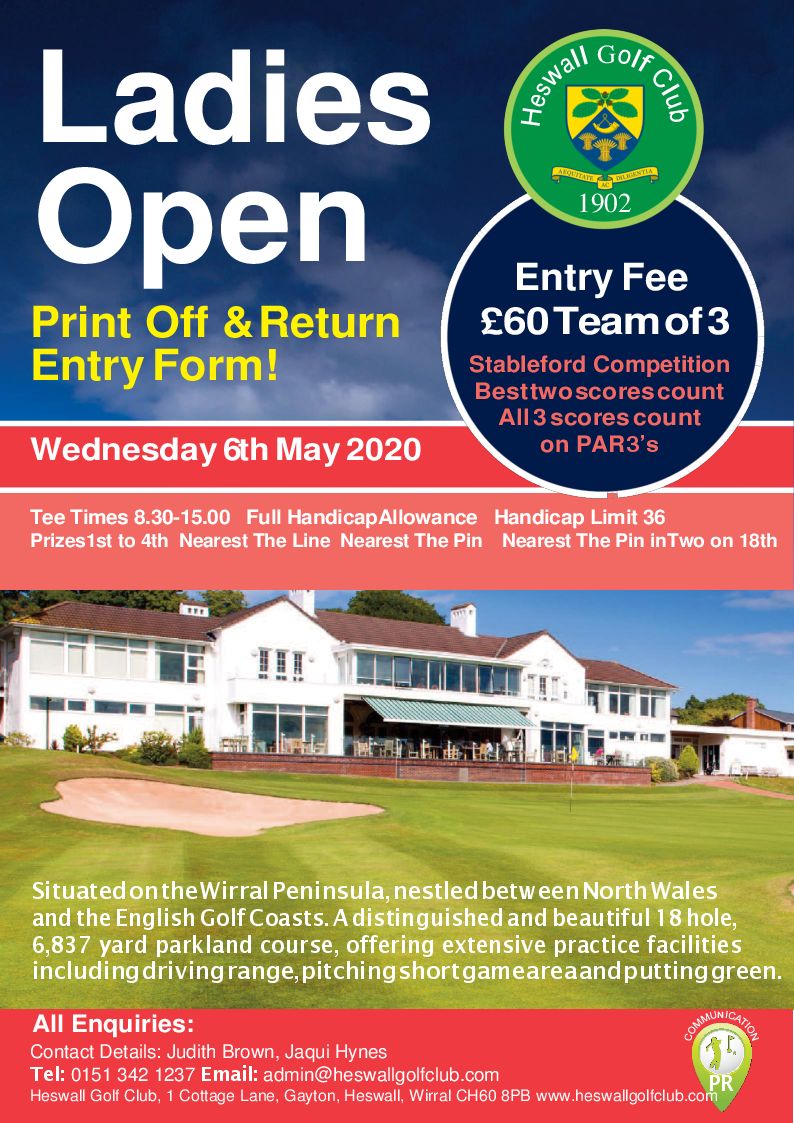 Click below to print off the application form: Ladies Open Application Form 2020 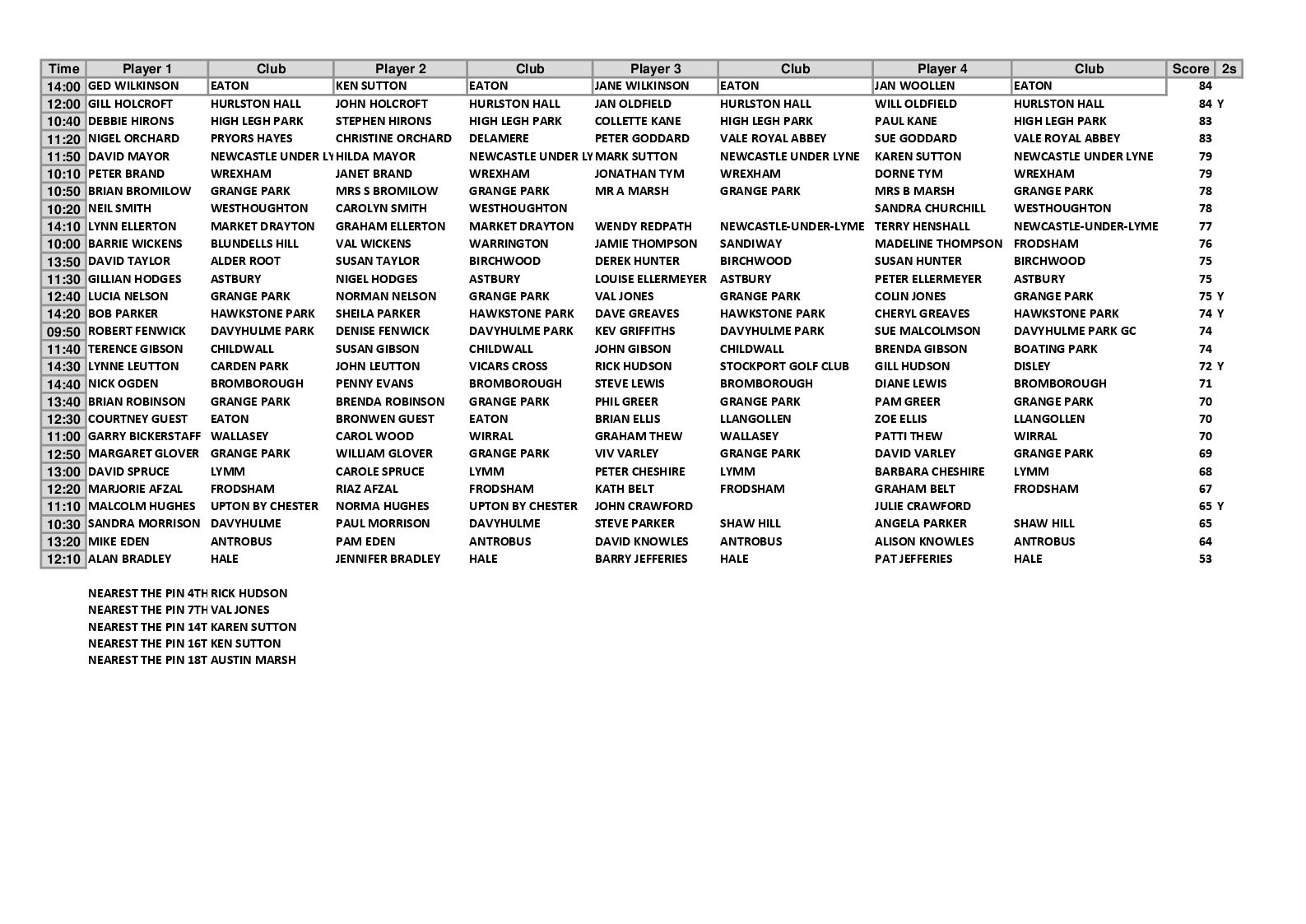 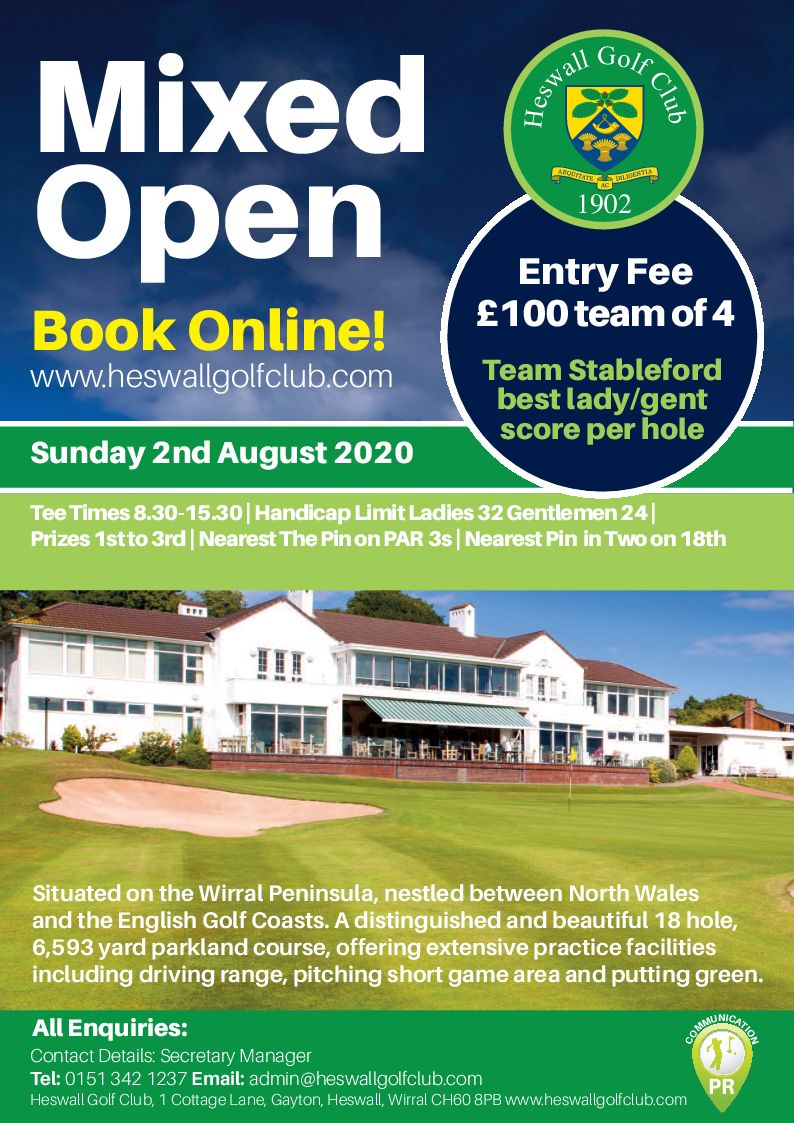 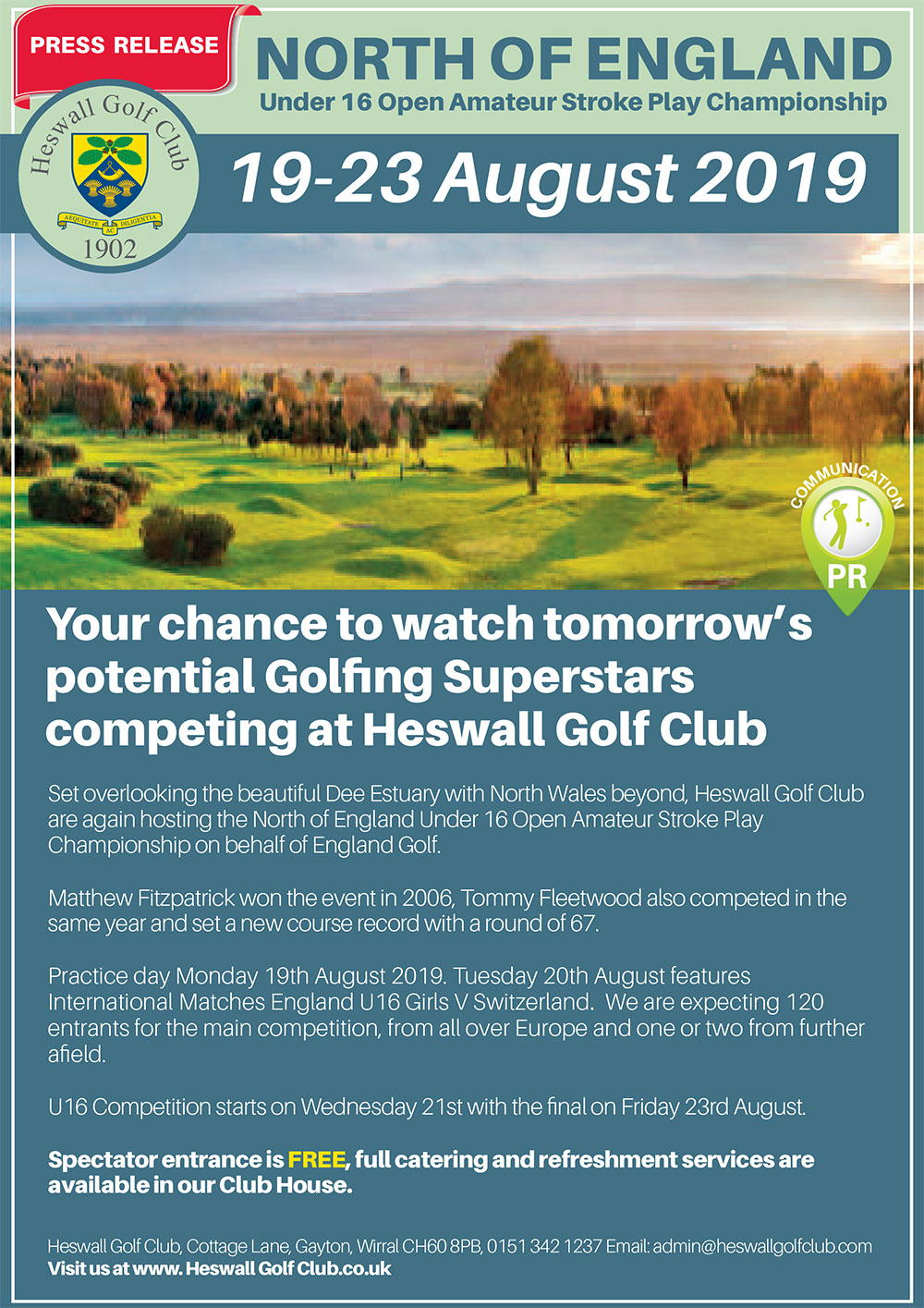