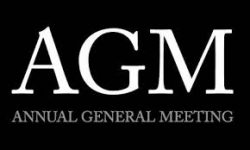 Further to our email to Members in January of this year attaching the AGM Notice, Agenda, Financials and 2020 Minutes as per normal procedure, we confirm that this meeting was not held in person due to the ongoing restrictions in place for large gatherings.

Following several queries which were responded to individually, as we have not received any formal objections to the proposed amendments, a resolution ratifying the AGM proposals will be added to the next General Meeting that we are able to hold in person. A copy of the notice is attached below:

To view the queries which were received prior to the AGM, click below:

With regards to the notice sent to members in November 2020 advising that the Chairs of the House and Green Committees would become vacant at the date of the 2021 AGM, we confirm that there were multiple candidates nominated for the post of Chair of Green – the ballot of which would normally be confirmed in the AGM meeting.  However, due to the ongoing Covid-19 regulations, this was carried out by online voting this year, with votes required to be cast by 5pm Friday 5th March 2021.  These votes have been independently verified by 2 club members and overseen by a trustee prior to publication.

We can now confirm that the new Chair of Green, following this ballot, is Mr Martin Andrew.

It should also be noted that Mr Alan Jones has been proposed for Chair of House – as no other candidates have been nominated for this role, no ballot was required for this position.  Members were advised that he would be deemed to have been elected provided there were no objections received by the deadline of 5pm Friday 5th March 2021, which we can now confirm.

We thank members for all of your support during this time, and are hopeful that we can hold the next General Meeting as normal later this year.