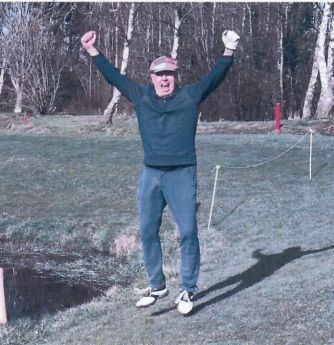 The recent Charity Day, held at Heswall Golf Club on Friday 13th September in honour of Mike was a great success and the organisers have sent their thanks to Mikes friends who made this possible, particularly John Felton, Paul Fairclough and Steve Quail with admiral assistance from Mark Doyle and Paul Alcock, despite his absence around the world. Also to Alan (AJ) Jones who supplied the trophy, and to John Felton’s family who really supported the event, which would have been difficult without them.

Thanks also go to everyone who helped to plan the day and to Tom Atkinson, Lewis Body for his ‘beat the pro’, Phil Porter and the staff at HGC for the service, food and the course presentation, which we were told was second to none.

Pictured below is the cheque presentation to Chris Doyle who accepted the donation on behalf of Cancer Research – a grand total of £6,100 raised! 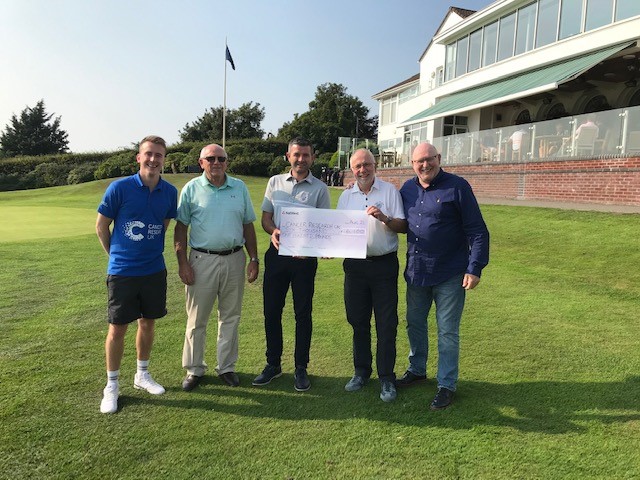